Robots That Feed the Homeless.

It was a brief four-paragraph introduction to Alexi De Villiers and his work in Phoenix Magazine (January, 2014) that led to our traveling to Method Art Gallery in Scottsdale to see more of his work—and, hopefully, to meet the very special artist. 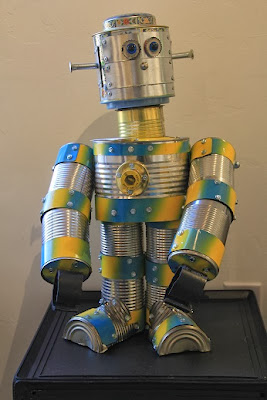 From reading bits of Alexi’s background, I think two factors have combined to direct his life and work today. 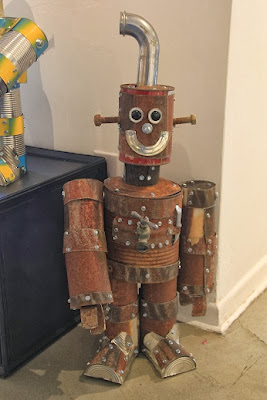 “Having five kids and just one paycheck, my mother had to stretch every dollar, but one thing I remember is that she always had more than enough food for all of us and the neighbors…. As I got older and learned to cook, I started sharing my extra food with my neighbors. 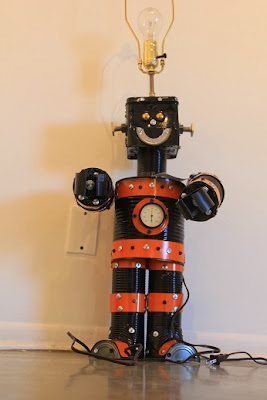 “After a while, I thought that my neighbors didn’t really need the food and noticed the homeless in a park by my house in Tempe. So on a Saturday, my wife and I packed up all of our leftovers and went to this park and fed the homeless there (De Villiers bio sheet). 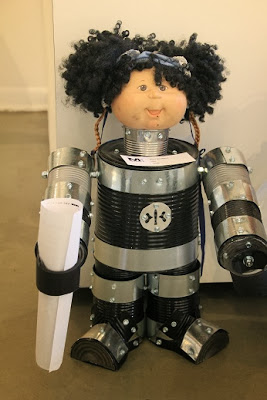 These Saturday meals have grown from 12 heated prepared meals to preparing 80-100 hot, fresh meals for people in a shelter for those age 55 and older. 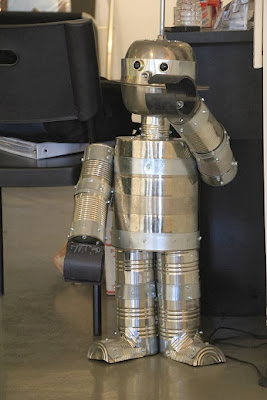 A second interest had been developing over the years. During shop classes in high school, Alexi developed an interest in metal and mechanics. Later, he began to build small-scale airplanes and jets out of Budweiser beer boxes and Coca-Cola boxes. 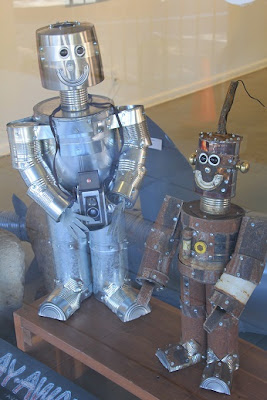 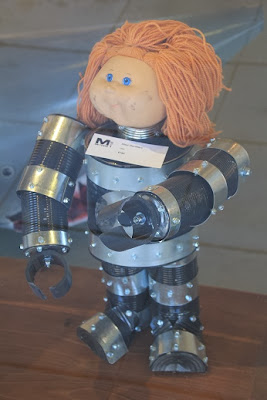 He eventually came up with the can concept, cutting metal and molding it into funky and functional fans, clocks, planes, sharks—and robots. 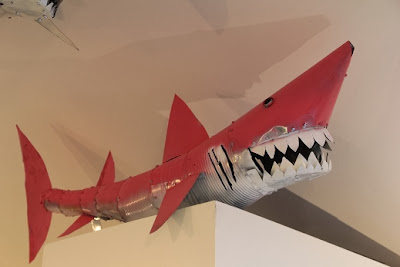 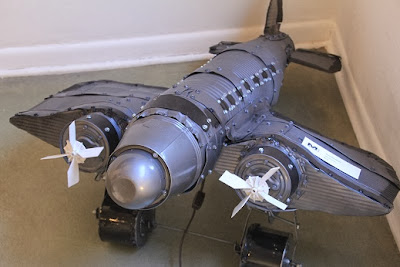 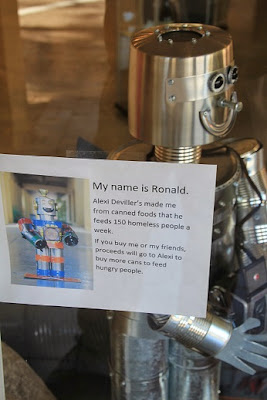 As Alexi describes the process: “I guess what identifies my work is that the robot dog, shark or any one of my pieces is just a part a huge circle of feeding people that need food. The cans are full of food. I buy the cans and feed the people. Then I use the cans to make my sculptures to sell . . . to buy more cans of food . . . to feed more. . . to make more sculptures . . . to feed more people” (an interview with Warren Chu at azcentral.com). 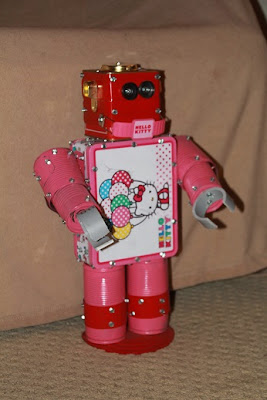 As we walked around his gallery, we admired the life that had been instilled in these ordinary items—is it Folk Art, Recycle art, Found object art? Alexi said, “Some have called it ‘Steampunk’." 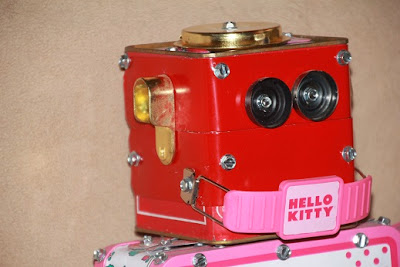 But whatever the category, we certainly agree with Alexi’s observation: “No two are the same because I don’t find piles of the same discarded trash, so every robot has his own personality.”

We were impressed by the artist--his creativity and his devotion to the cause of feeding homeless older folks. 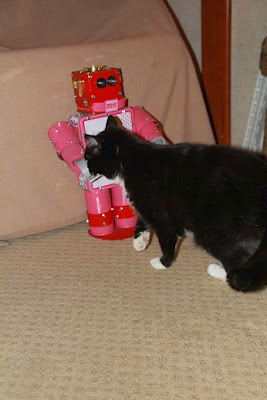 Hello Kitty made it home with us, and also won acceptance by the furry residents.
Posted by The Wanderers at 10:10 PM

Nice Blog, thank you so much for sharing such an amazing information with us.
Investment Advisor in Delhi

This article will outline all the different strategies you should be aware of when it comes to soccer.