The Blues (and Other Colors) in Neon

Continuing our walk down Bourbon Street which we began two days ago. 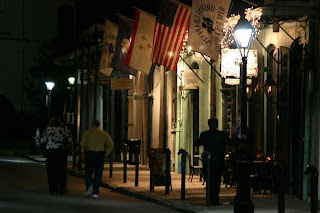 Soon after sunset, barricades are put in place that turn the famous New Orleans street into a pedestrian walkway. Vehicles can travel on the French Quarter's north-south streets, but cannot turn onto Bourbon. 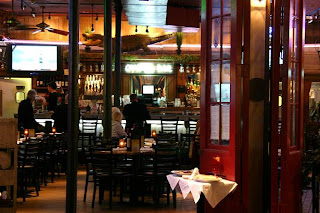 It was early enough in the evening that the restaurants had not yet begun to fill. Walking at a leisurely pace provided the opportunity to look into their dining rooms and catch a glimpse of one of their menu offerings displayed at a table setting by the door. 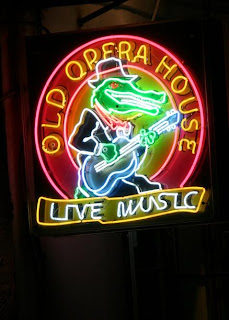 In 1859 the city was known as the "Opera Capital of North America". The original French Opera House burned down in 1919. These days there is no opera here, but over the years, the Old Opera House has been the home of many famous New Orleans performing artists. 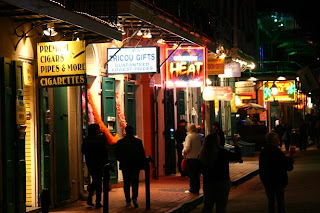 It was early enough in the evening that the pace and the noise level were on the low-key end of the nightlife continuum. 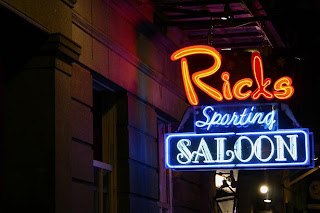 Rick's sports bar/gentle-man's club is one of the newest additions to the street. 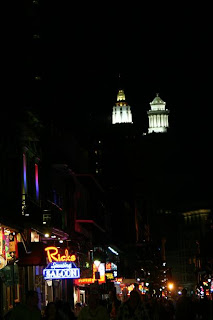 Seeming to hover over Rick's and all of Bourbon Street are these two domes. They are actually several blocks (maybe 8-10) to the west. 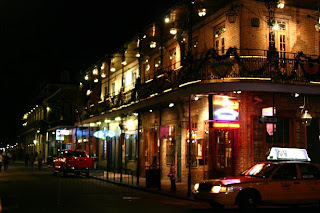 I wasn't thinking about it at the time, but I don't believe that we saw one business that was closed or one storefront that was dark. 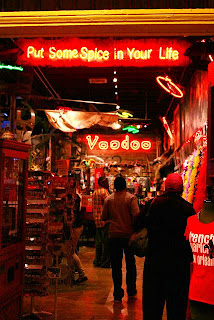 It seemed that for every three bars, there was one restaurant, one voodoo/t-shirt/souvenir shop, and one hotel. 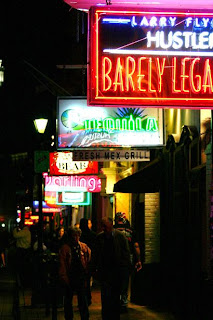 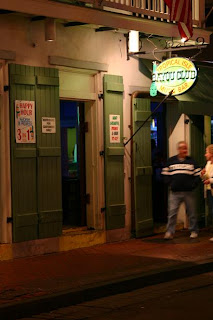 Billing itself as the "Home of the Hand Grenade," the Tropical Isle Bayou Club was born out of the New Orleans World’s Fair of 1984.

There was just enough available light to photograph these street scenes without having to use a tripod. 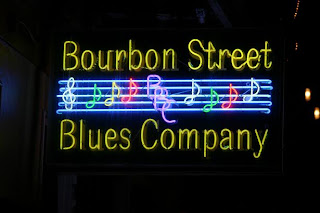 Although supposedly featuring the blues, Bourbon Street Blues Company is not limited to that. 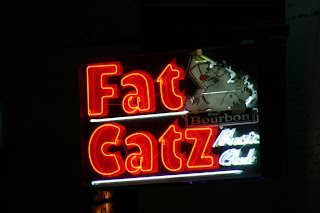 A normal night could have R&B in the early evening then rock and roll into the wee hours at Fat Catz. 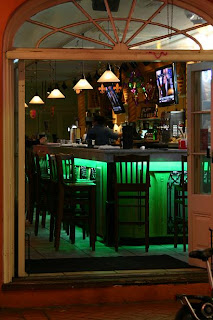 Seeing these beautiful signs beckoning people to come in just didn't seem to fit the mood of the blues. 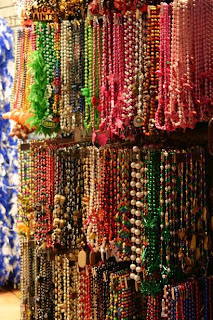 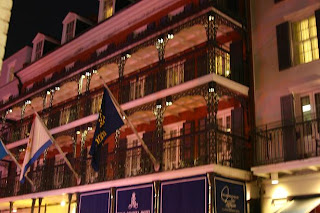 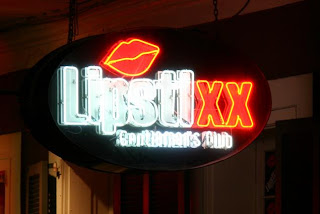 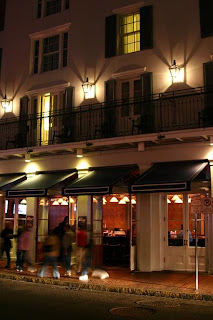 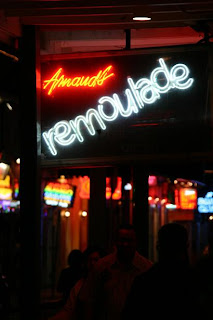 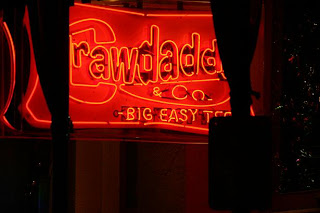 Nightlife for us was limited to this focus on neon and street scenes, but there was still a bit more to see.
Posted by The Wanderers at 2:50 PM