From LeClaire to Nashville

Well, here we are at the Marathon Motor Works in Nashville. The oldest, as well as the only two-story building in the complex was built circa 1881. Most of the other buildings were built between 1881 and 1912. 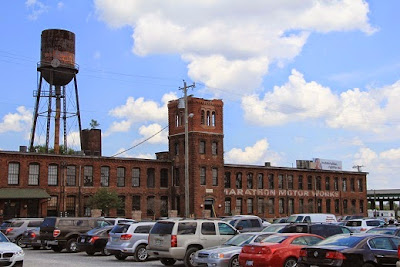 Interestingly enough, this old Marathon automobile factory (1910-1914), located on the edge of Nashville, was one of seven stops of the Gray Line's Hop-on, Hop-off Trolley Tour. 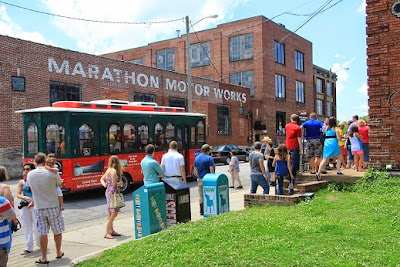 The stop is identified as "Marathon Village": "Serving as a model of adaptive reuse of historic structures, Marathon Village is one of Nashville's most creative communities--with more than 45 tenants representing fine, commercial and performing arts" (marathonvillage.com/index). 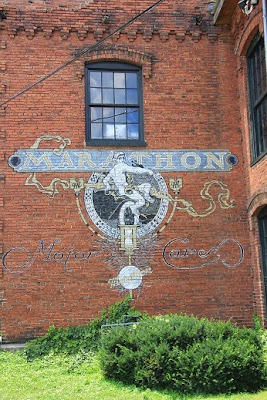 But even with this many tenants in this historic building, it is one business which accounts for the line of people waiting for the noon opening. 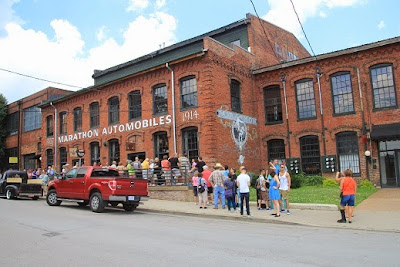 Finding it hard to believe that one particular business could account for the crowd waiting in line, Kate asked a fellow space-holder, "Are all these people here because of American Pickers?"

"Yes!" responded several of those within earshot of her question. 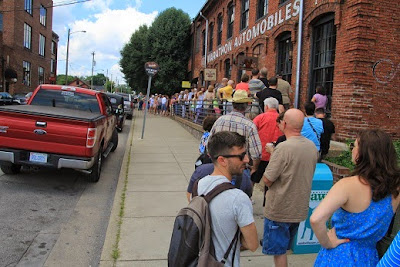 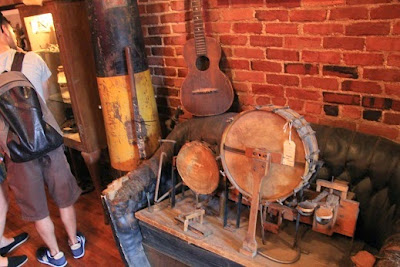 Barb Ickes, in an interview with Wolfe for the Quad City Times, reported, "The co-star and creator of American Pickers, Mike Wolfe, said any confusion surrounding Frank Fritz's role on the show is unintentional. 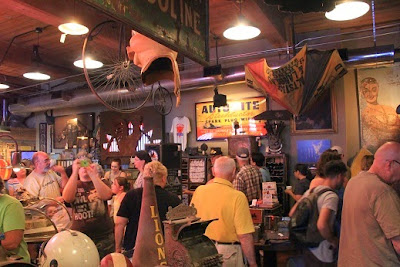 "'Basically, the show is a profile of my life--about me,' Wolfe said Thursday. 'What you have to understand is the show focuses on a company I started in 2000. People have the assumption Frank's a co-owner. It's always been my business. I'd been doing it (picking) for 25 years. I put a label on it in 2000.' 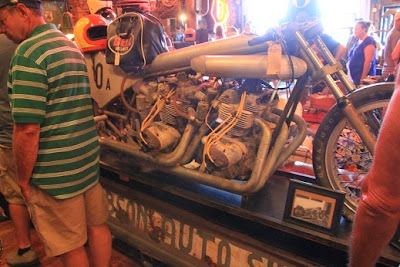 "Wolfe made several attempts at selling his show to cable TV channels before landing a deal with the History Channel nearly five years ago. Just a few months before American Pickers was picked up, Wolfe moved his resale operation into a former sandblasting company in LeClaire. He had known Fritz for many years (both graduated from Bettendorf [IA] High School in 1982), but the two never were business partners, he said." 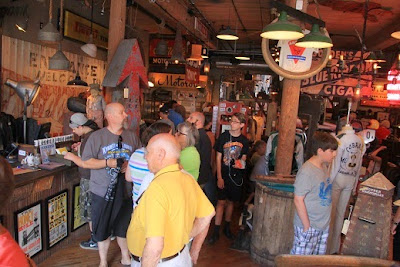 As I walked around the shop, I sensed that the great majority of us were there to say we were there. The items on display seemed to be items that had been found in episodes from some time ago. I think more t-shirts than antiques were purchased the day we were there. 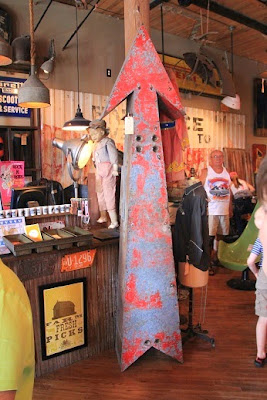 Rob Owen of the Pittsburgh Post-Gazette, in answer to a reader's question about whether Mike and Frank compete for purchases or share the costs and profits, stated:

"According to a History publicist, Mike Wolfe and Frank Fritz from American Pickers are not necessarily competing against each other for profits.

"'They each run their own business, and they sell the items you see them purchasing on the show separately,' the publicist said. 'Mike is the sole owner of Antique Archaeology. Frank sells his items via his website at www.frankfritzfinds.com'" (startribune.com/entertainment/tv/168209786). 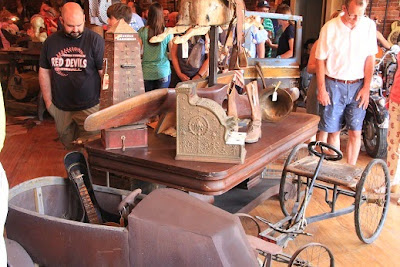 We had visited the Antique Archaeology store in Le Claire, Iowa (blog entry of June 15, 2011), thinking that Mike and Frank were a partnership, and watched the banter between the two pickers as they traveled the back roads of America, thinking that these high school friends were a team.

So much for those ideas. 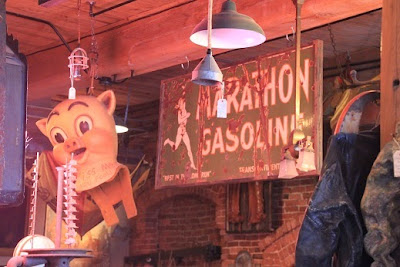 Now I may have to visit Frank's store, Frank Fritz Finds, in Savanna, Illinois, to see how this picker presents his antiques.

I thought about the Cobras uniform, but it wasn't my size. 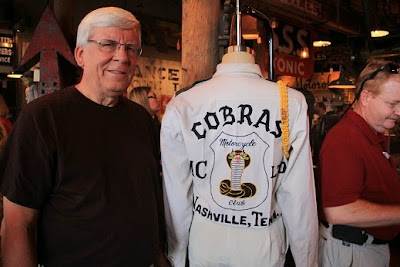 We took a walk through the halls of the former Marathon manufacturing factory and saw this artist's print of the Torpedo Roadster. I don't know the year it was manufactured, but it cost $1,500. 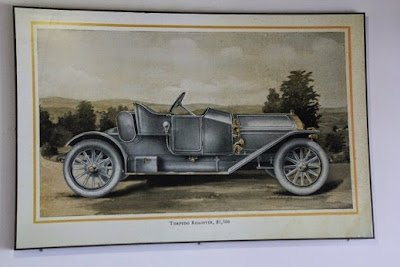 After 45 minutes, we left the former factory, and the line seemed just as long as when we arrived. 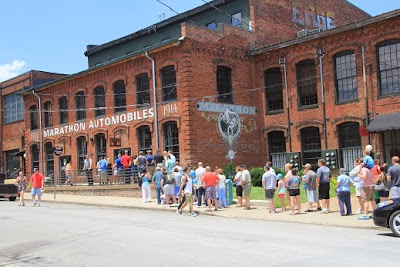 I left their shop wondering who sees more people passing through Nashville--Antique Archaeology or the Grand Ole Opry.
Posted by The Wanderers at 9:43 PM