Nashville was founded on Christmas day in 1779 on a bluff overlooking the Cumberland River. Its riverfront birthplace remained the heart of the settlement and grew into what is now Downtown Nashville. 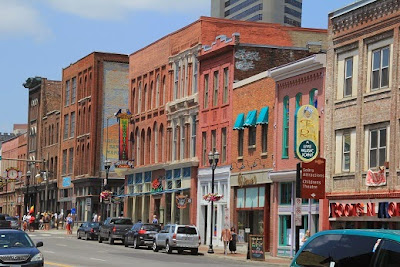 Most of the nearby nineteenth century buildings are included in three National Register Historic Districts--Second Avenue, Broadway (see our July 1 entry), and Printer's Alley (see tomorrow's entry)--which are collectively referred to as the District, now the entertainment hub of the central city. 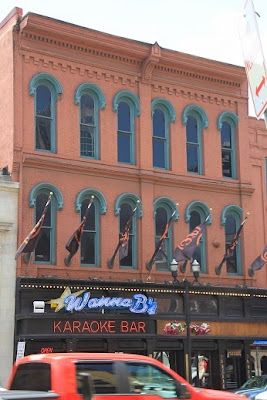 The DISTRICT, Inc., was formed in the 1980s as a non-profit organization dedicated to fostering economic revitalization and preservation of these historically and architecturally significant sections of downtown. 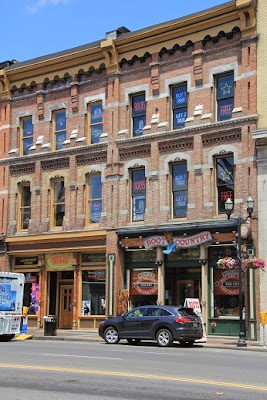 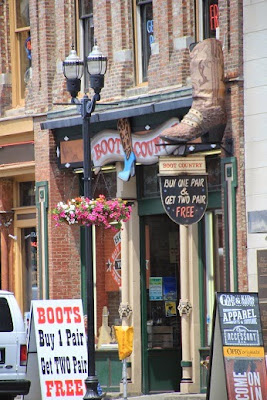 I thought about buying a pair of boots, but what would I do with the two free pair? 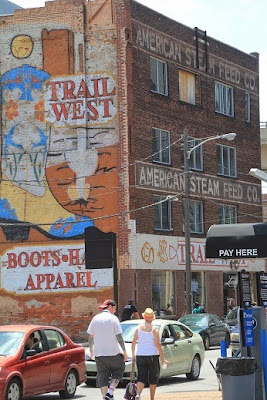 All the photos above were taken along Lower Broadway.

When we came to 2nd Avenue, we headed north. 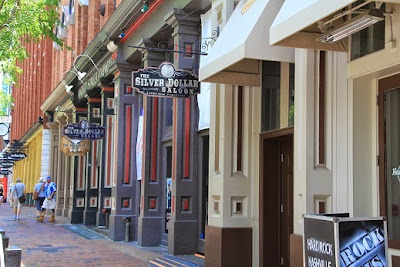 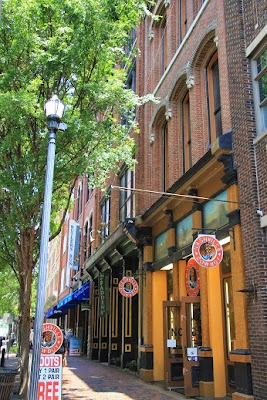 Known as Market Street until 1903, the street was the commercial heart of the city in the latter half of the nineteenth century. 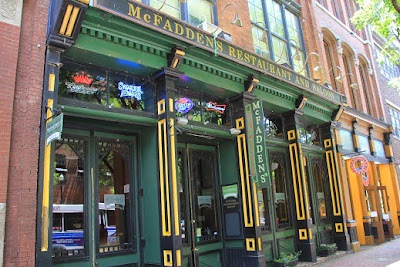 Dry goods, hardware, and groceries shipped down the river and unloaded at the wharf where Riverfront Park is now were received in the entrances along Front Street (now First Avenue) then sold out the front doors on Market Street. 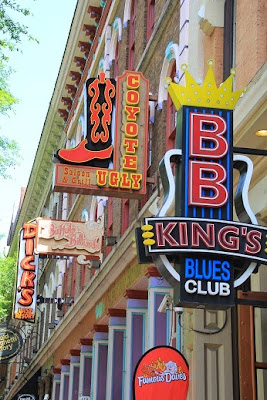 Most of the block-deep warehouses and their Victorian commercial facades date from 1870 to 1890. 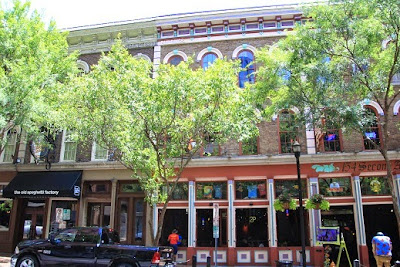 The walk along the tree-lined street included several stops to study the details of the buildings--the colors, the lights, and architectural touches. 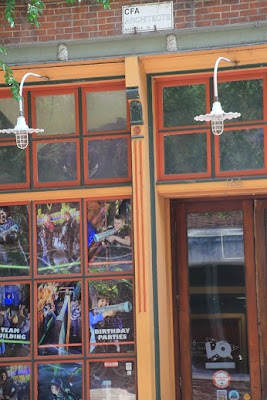 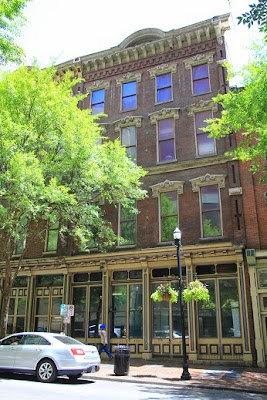 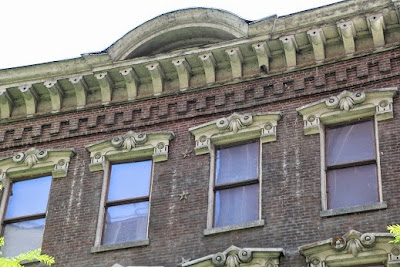 Beginning in the 1970s, interest in renovation and restoration led to the transformation of these warehouses into restaurants, shops, and entertainment venues. 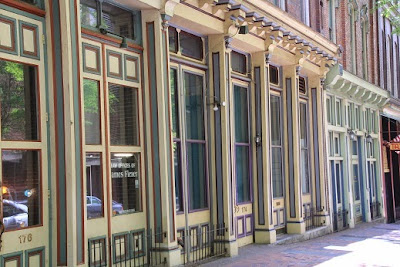 On this walk, we had to be content with our visual study of the buildings and with pointing out details to each other. We were not able to find a brochure about or a guide to the beautiful architecture of this long block. 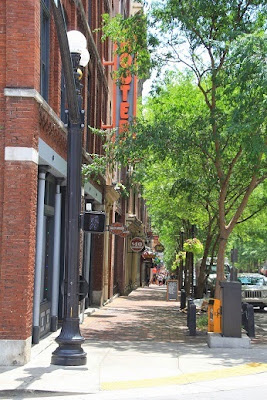 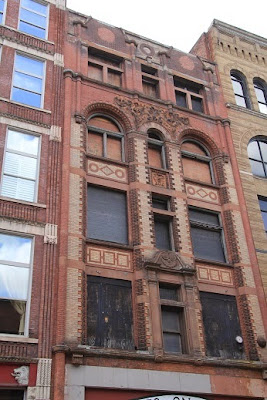 and we certainly appreciated the history revealed in the exteriors of the buildings. 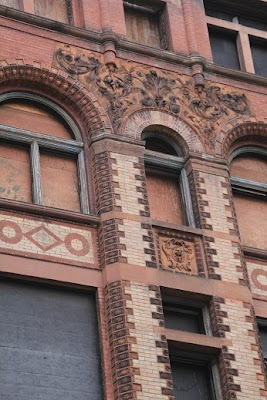 Before making the turn and heading to Printers Alley, I needed a drink.
Posted by The Wanderers at 9:15 PM