Walking through downtown Fort Langley, British Columbia, we had the impression of being on the set of a movie. 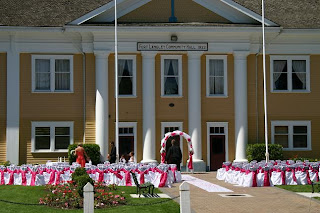 movie scene would be the Community Hall. Built in 1930, the imposing structure with its Doric columns had, in fact, appeared in the movie "The Fog." We found it interesting that the Hall had been painted bright blue for a night shoot for the movie, and when it was time to "rise and shine" the next morning, the Hall had already been returned to its iconic yellow color. 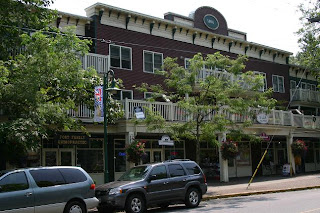 Spots throughout the town have been seen in "Fringe," "Vampire Diaries," and "Super Natural" among many others. 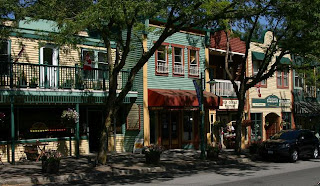 The walk through downtown is very brief, but a look in the windows or browsing in the stores confirms the town's description in the visitor guides: Urban Chic, Country Charm. 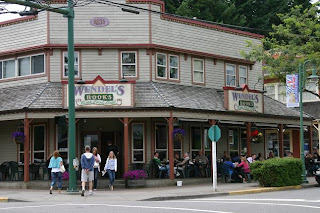 Wendel's Bookstore and Cafe seemed like a ideal place to spend most of a morning with coffee, some pastry, and the newspaper while watching people.

But it was the IGA sign that touched some personal memories. 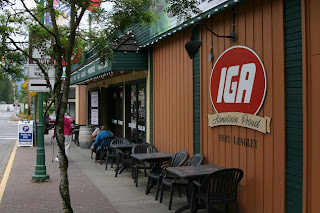 The present owner purchased the IGA in 1975, a time when the store leased freezer lockers to a significant number of residents, since deep freeze appliances were not yet common in the homes of the area. 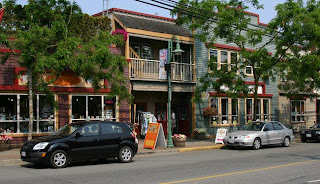 In 1827, the Hudson's Bay Company built Fort Langley on the Fraser River to trade with aboriginal peoples. Furs were shipped to Europe, produce was traded with Russians in Alaska, and salmon was shipped to Hawaii. 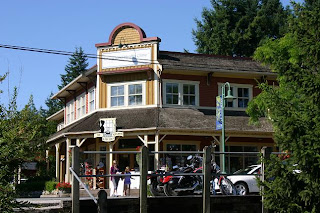 In 1858, rumors of gold on the Fraser River led to an influx of Americans into the area. Fearing annexation by the US, British Columbia became a Crown Colony in November, 1858. 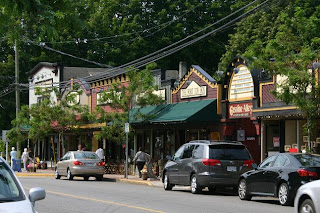 Among the stores along this section of Glover Road (the main street through town), were the stores in Gasoline Alley. The entry to the group is through the archway bearing the section's name. 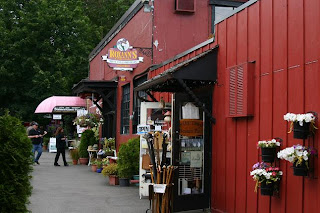 Along one wall in the courtyard is this mural, which, I am guessing, shows important events in the town's history. 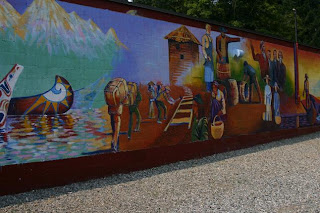 Opposite the mural is a row of shops: one featuring stained glass products, another featuring hats, and a third selling cranberry products. 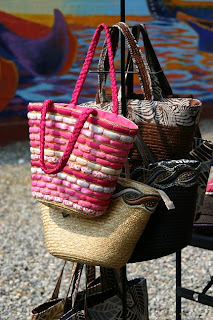 This rack of handbags was placed outside one of the shops, 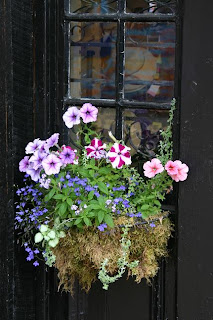 but it was the flower arrangements hanging outside two of the shops that caught our eye. 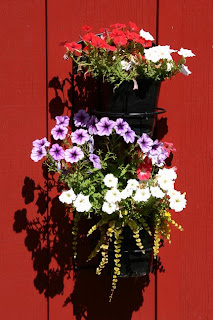 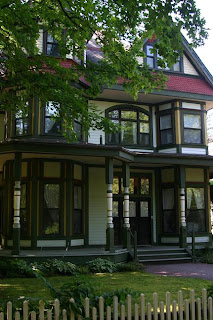 This house, also located along Glover Street, was a former medical center for the area. It was for sale. 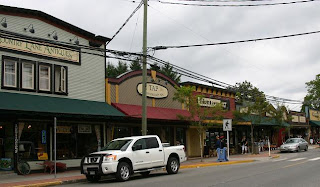 In the moderately-sized Country Lane Antiques were items ranging from 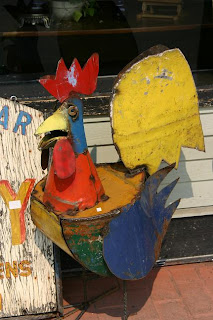 whimsical metal pieces, such as this rooster, 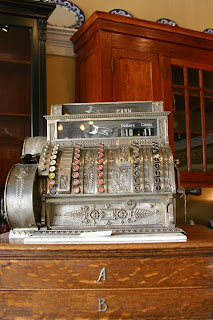 to unusual items, such as this cash register. It also was connected to a series of draws below so that the amounts entered also opened a designated drawer. 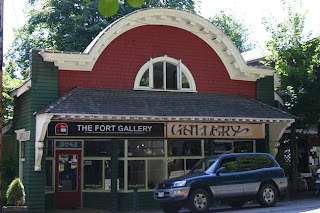 The Coronation Block was built in 1911 by Charles Hope for his wife and named in honor of King George V and Queen Mary. 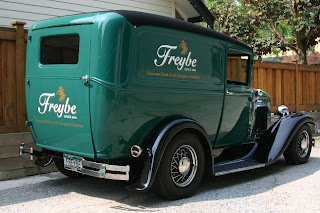 This restored delivery truck was in an alley and appeared to waiting to be loaded and sent to work. 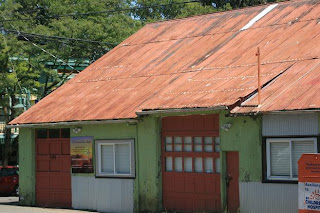 This structure was formerly Reid's Garage. From the exterior, the old garage from the 1920s appeared to be the type of community gathering place that would have many stories to tell about the day-to-day life of the community.

Movie set or the real deal, we will miss Fort Langley.
Posted by The Wanderers at 9:22 PM